There are a few items that stand out on this death certificate. The first and most obvious is his name. It is spelled with the added ‘e’ in Oligny and they somehow got his middle name incorrect – it was Philorum after his father. This may have just been a typo since I know 100% that this is the correct individual based on when he was born and the names of the parents.

Oddly, they have his father listed as Joseph – which may have been true – who would actually go by Philorum anyways? 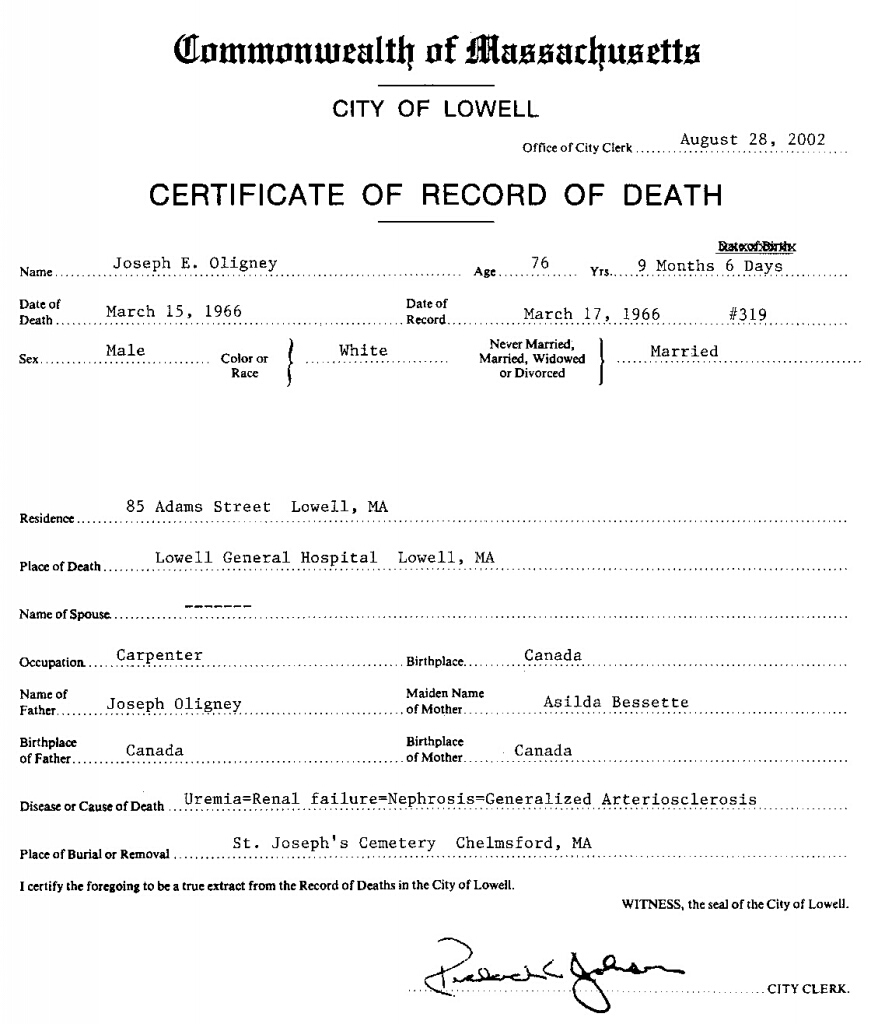 Joseph’s marital status at this point is clearly married, and this dovetails nicely with the fact that he remarried. The place of burial has been confirmed personally by me and there is a photograph of the marker on this site. For those of you who pay attention to detail – you will have noticed that they got his name on the gravestone correct. Our mysterious ‘E’ for a middle name has been replaced with the correct ‘P’.

Click on the image to make it bigger and easier to read.