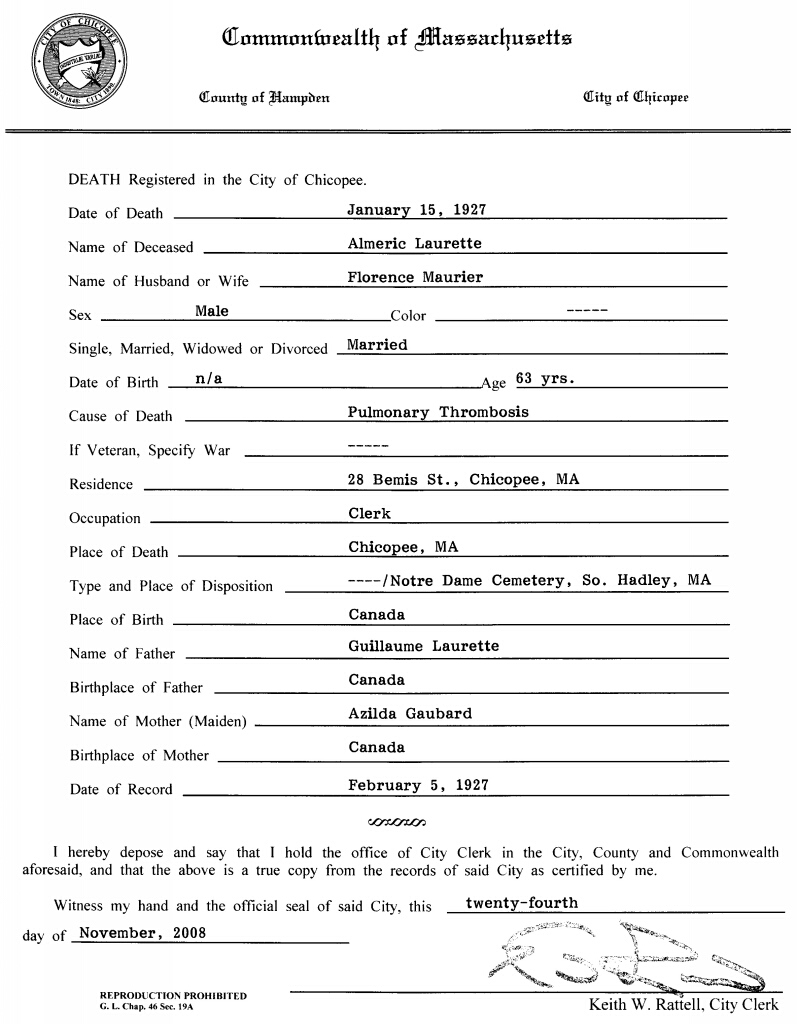 There needs to be some explanation that goes along with this death certificate. First of all, even getting it was difficult. Apparently, people at town offices don’t try too hard to think outside the box. It was not uncommon for uppercase ‘S’ letters to be transcribed as uppercase ‘L’ – and this is precisely what happened with Almeric’s death record and why it eluded me for a while.

The wife listed here is one Florence Maurier. I have his wife listed as Alida Morier. I found that the information on these records is not always 100% accurate. I do know this is the correct person from the other death notice that was sent to me. His mother’s name is completely messed up as well. All the dates line up, as does his father’s name. I’m 100% certain this is the correct record, but am stymied by all the errors on it. I know people used different names and such and that things were screwed up from Canada to the U.S., but this is way off.

Click on the image to make it bigger and easier to read.