I obtained this nice document from Ancestry.com. It is quite a large photo – it’ll take you more than you can see at once, but worth it if you want to read all the information that it contains. 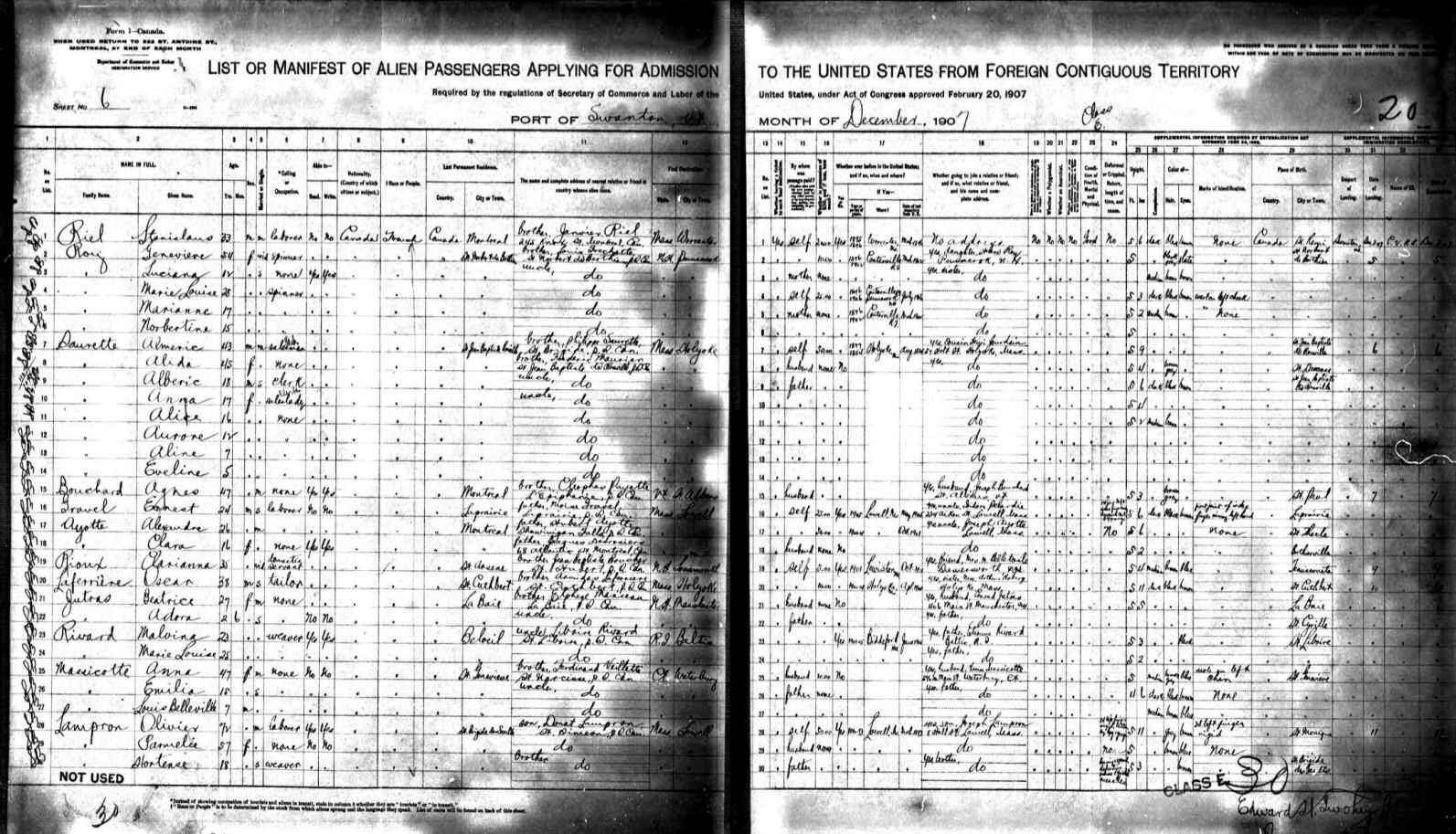 One nice nugget of information I gleaned from this was that Almeric and his clan were going to be joining his first cousin, Henri Saurette, in Holyoke, Massachusetts – who obviously came to the United States previously.

Turns out that Henri Jourdain and his new bride came to the United States in 1892 just one year after they had been married up in Canada.

This site uses Akismet to reduce spam. Learn how your comment data is processed.